Sioux is a brand which is recognized by professionals the world over, and has many industry firsts to its name.

Now part of the Snap-On empire, the founder of the Sioux company had the lofty ambition of building the best tools in the world.  Whether Sioux tools are your brand of choice across the wide range of products they make or not, it cannot be denied that for many industrial engineers and other tradespeople around the world they are the first and only choice.

The Sioux company began by producing industrial grade tools for factories and workshops, and this remains the mainstay of their product line.  Designed to be used on production lines and in other demanding situations, these Sioux power tools are optimised for heavy and regular usage.  The first Sioux air tools were produced in the 1950s, and since then the company has maintained its commitment to this safe and flexible format.

The current Sioux Industrial Air Tool catalogue can be downloaded by clicking here.  The catalogue includes brief guides and charts to help customers to determine which model of tool is most suitable for their application.

For customers who want the excellent build quality and first class service reputation which go along with Sioux tools, but don’t require products which are designed for an industrial setting, the Sioux Force range bring together the same values in a selection of tools intended for occasional, rather than continuous, use.  Click here to download the current Sioux Force Tools catalogue.

Sioux power tools are designed to be, not only effective and dependable, but also maintainable.  Sioux air tools parts and other accessories are available through Principle Power Tools, and don’t forget our repair service to have your tools maintained by qualified professionals.  Contact us to find out more. 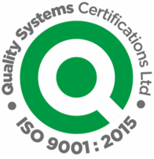